On the evening of September 18, Beijing time, Liverpool officially announced the signing of Bayern midfielder Thiago, and the player will wear the No. 6 jersey. According to previous reports, Thiago's transfer fee is 20 million pounds plus 5 million pounds additional terms, and he will sign a contract with the Red Army for four years. 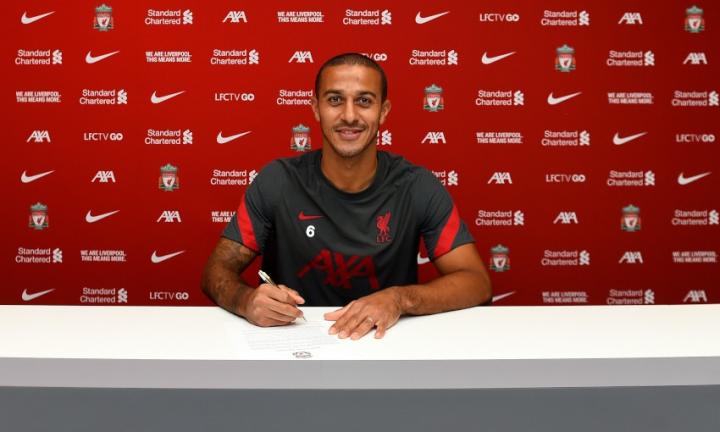 Thiago is 29 years old, serving as a midfielder and is a Brazilian-Spanish international. He will continue to wear the No. 6 shirt in Liverpool.

Thiago debuted in the youth training of La Masia and was promoted to the Barcelona first team in 2011. However, due to the gathering of superstars in the midfield at the time, the young Thiago did not find his place. In 2013, at the age of 22, he joined Bayern Munich with a transfer fee of 22 million euros, starting a 7-year Bundesliga career. While playing for Bayern, Thiago performed well and became the hub of the midfield's offensive and defensive transition. He played a total of 235 games for Bayern in all competitions, scoring 31 goals and 37 assists, helping Bayern achieve eight consecutive Bundesliga titles, and win this year's Champions League, which is one of the team's merits.